(This booklet is a work in progress)

Jarvis is the upgraded version of my first DIY mobile robot, Dolly. My goal in this DIY project is to make a low-cost yet feature-rich ROS (Robot Operating System) based mobile robot that allow me to experiment my hobby work on autonomous robot. To that end, Jarvis is designed with all the basic features needed. To keep the bill of material as low as possible, i tried to recycle all of my spare hardware parts.

This booklet will walk you through all the basic building steps of the robot. both on hardware and software (ROS). 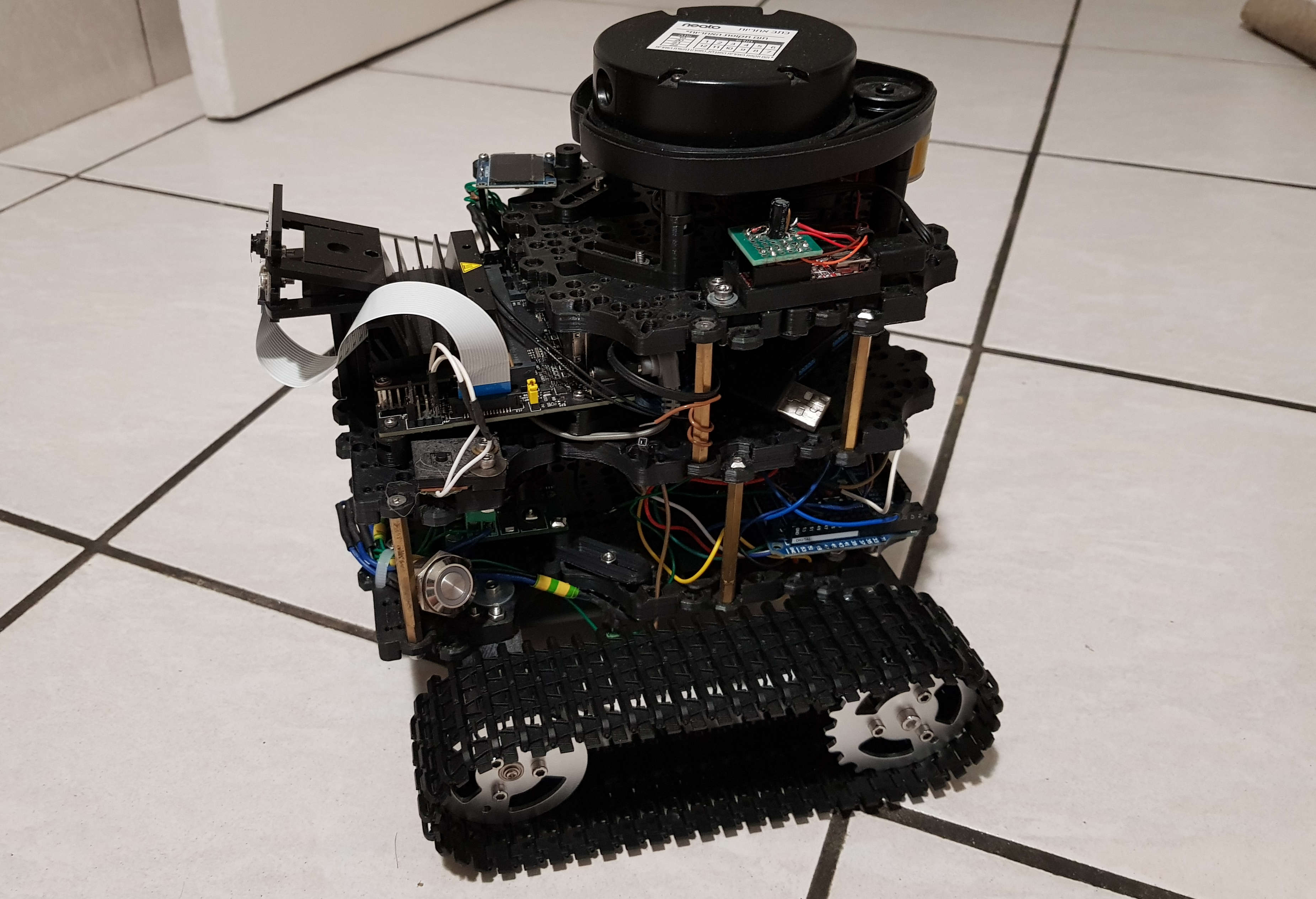 The robot is built on 3 main layers:

The first layer consists all the low-level components for robot controller:

On the bottom of of the first layer:

All low-level components for robot controlling are mounted on the top of the first layer:

The central high-level computer, NVDA Jetson nano is mounted on the middle layer:

The Neato LIDAR sensor can be found on the top layer of the robot:

This sensor provide the robot with a laser vision of 360 degree and up to a distance of 4 meter.

The 0.95" (128x64) mini OLED display is also mounted on this layer to display the system statistic

Jarvis is controlled by ROS, the following video demonstrates the use case where the robot is used to performed the localization and mapping task using its available sensors such as odometry, LIDAR, IMU...