The Adafruit Motor shield V2 have the TB6612 MOSFET drivers with 1.2A per channel current capability (can draw up to 3A peak for approx 20ms at a time). It also has much lower voltage drops across the motor so you get more torque out of your batteries, and there are built-in flyback diodes as well.

The shield is a stackable board that can sit on top of the Arduino. Instead of using a latch and the Arduino's PWM pins, the board have a fully-dedicated PWM driver chip onboard. This chip handles all the motor and speed controls over I2C. 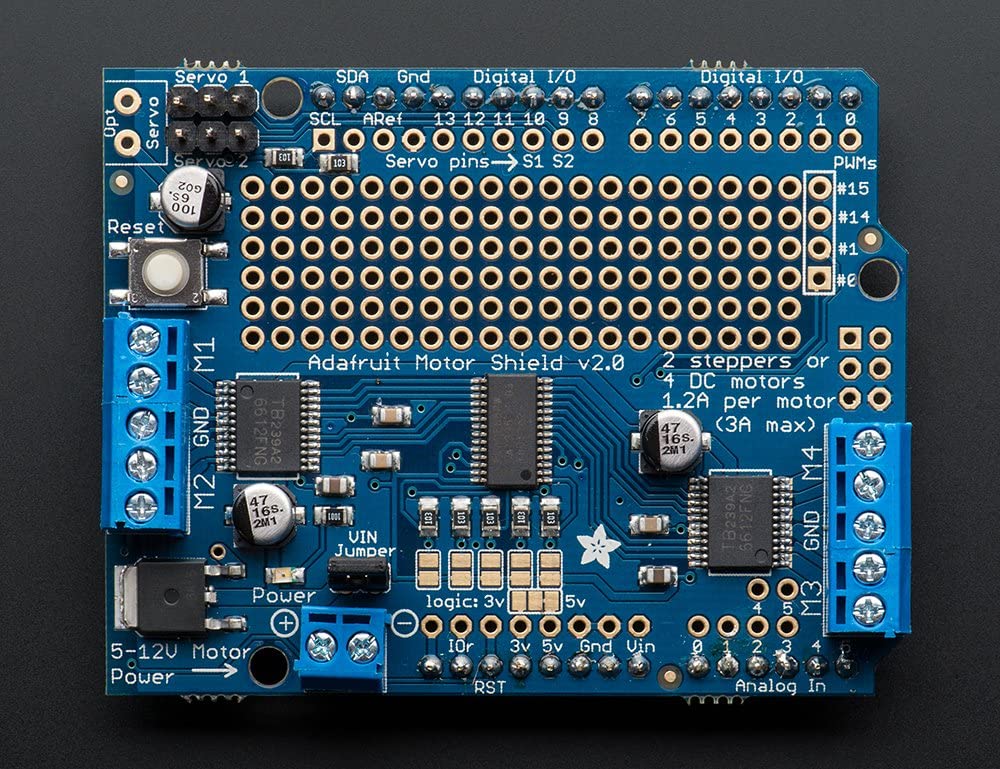 The two motor can be controlled from ROS 2 via the JETTY transport layer on top of the serial link. The Arduino receives the control command/frame from ROS 2 which consists of two integers corresponding to the speeds of the left and right motor. Negative/positive value means the motor going backward/forward.